A Change of Season in the Bush

The mornings and evenings are beginning to feel cooler, and the sun is rising later and setting earlier, but this only means that the sightings are becoming greater. You may need to pack an extra scarf or jacket for the morning and afternoon drives, a warm hat is a must, but the weather during the day is still beautiful and warm. The vegetation has thinned out a little so spotting wildlife is becoming easier, and there is still plenty for the herbivores to feed on.

It’s an exhilarating time to visit the Sabi Sand as youngsters of all species abound. The Styx pride currently has 6 cubs, aged between 3 and 8 months, full of energy and regularly use their mothers as climbing posts. There are also shy leopard cubs around and a hyena den populated with some of the cutest and most curious pups. 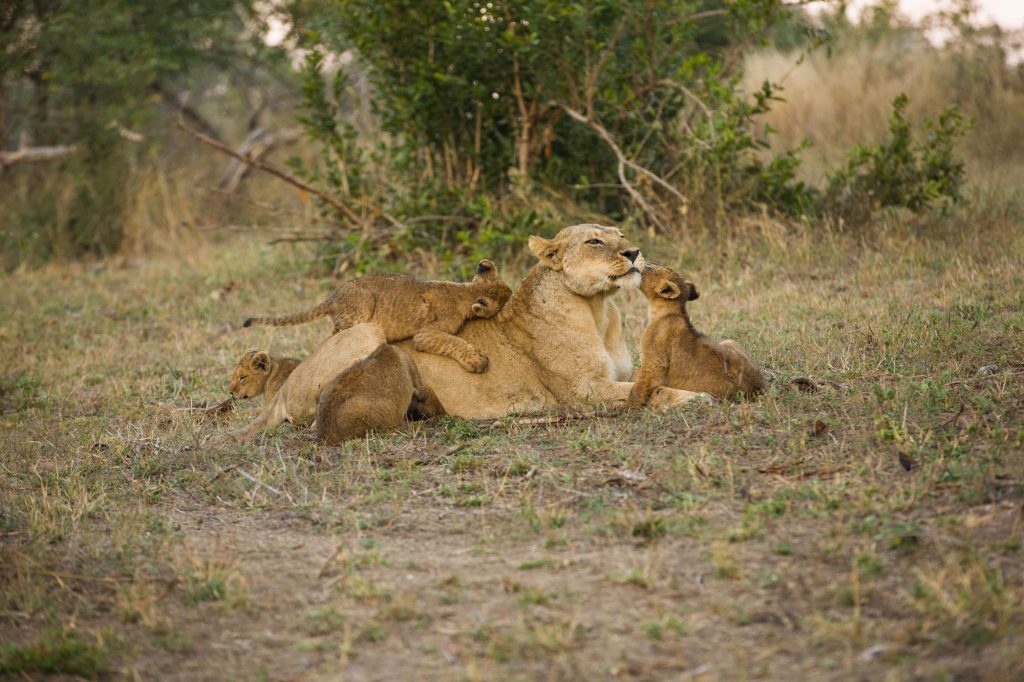 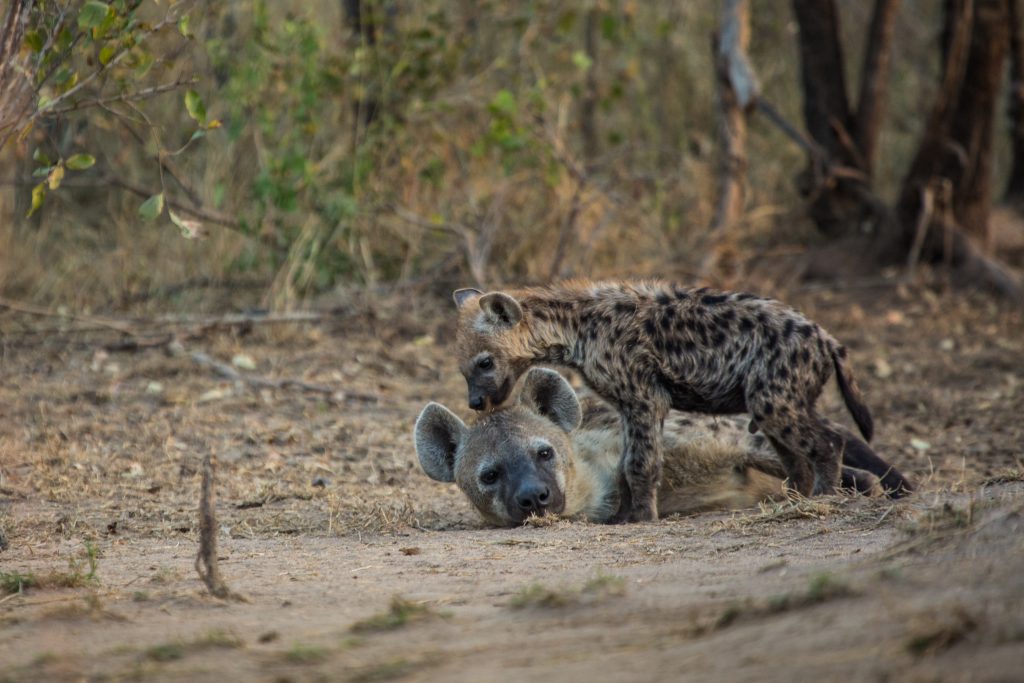 With the water drying up in parts of the reserve, more and more animals are seen at Chitwa Dam. In just an afternoon spent on the deck, one can spot nyala, kudu, impala, crocodile, hippo, zebra, wildebeest, waterbuck and large breeding herds of elephant. Even cats show themselves sometimes. It’s time to relax and soak up the sun on a deck safari at Chitwa Chitwa.

The Warrior Race, a mud filled obstacle course built to test ones strength and agility, and according to the Warriors Race organisers, all you need to compete is a pair of old running shoes and a sense of adventure. A sense of adventure that has been built into the inner workings of Stefan Du Toit, General Manager at Chitwa Chitwa.

Stefan teamed up with the Rhino Warriors, an organization aimed at assisting the anti-poaching unit of the Sabi Sands in their day-to-day efforts. The idea behind the Rhino Warriors was to raise the funds needed to equip the unsung heroes in their fight to save the rhinos of Africa by competing in the Warrior Race in Mpumalanga on the 28th May 2017. 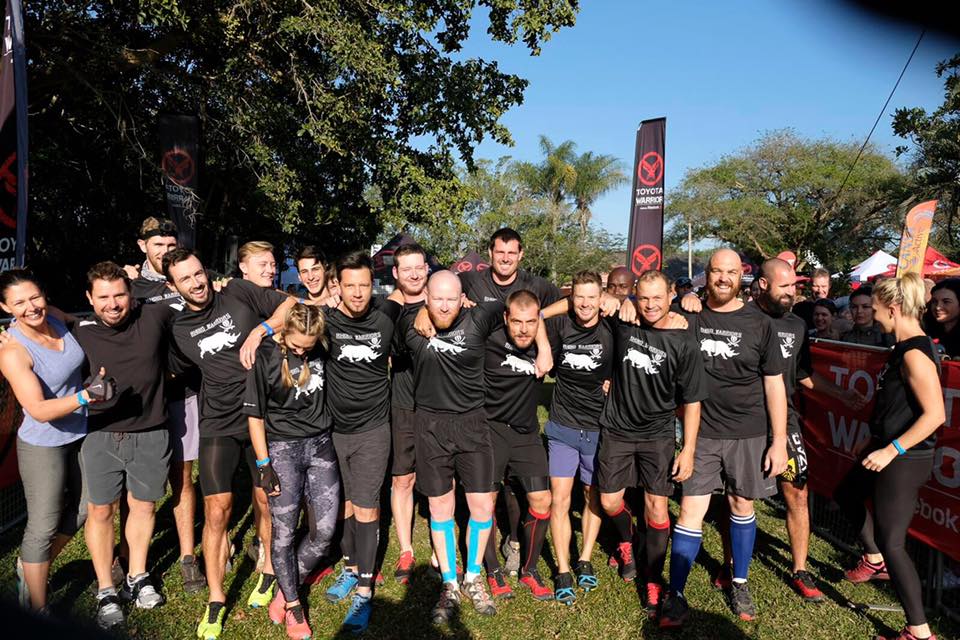 Training can be difficult in the Sabi Sands, with no Virgin Active or obstacle courses nearby, but this didn’t stop them. Stefan explains that pulling safari vehicle tires up and down airstrips, using ladders as make shift monkey bars and flipping tractor tires made for great exercise and preparation. The team kicked some serious butt on the Black Ops course and managed to raise over R200 000 for the anti-poaching unit, keeping the Sabi Sands a safe haven for the Rhino species.

Among one of the top guides in the Sabi Sands, Hali at 40 years old is an Olympic sized pool of knowledge when it comes to the lowveld. Growing up in a village about 40km east of Hazeyview, his passion for the lowveld and the wildlife within it is rooted in his childhood. He began his life in the Bush by herding cattle for his family, being paid only one cow a year. He later started working in maintenance for the reserves, laying pipes, fixing roads and clearing vegetation. This lead him to a tracking career, which with his previous knowledge of tracking cattle, scrub hare and smaller antelope, such as duikers, tracking was second nature. With this job Hali began studying his environment academically, and with the help of his English field guide colleagues, he also learnt to read, write and speak English fluently.

Being self taught was not enough for this guide, as Hali has since continued studying his Fugasa levels, with qualifications in South Africa biomes, birding, South African knowledge (including its demographics and cultures) and a tourism management course. He has also completed his trail guide written examination level two.

With so much energy, it’s hard not to hang on to his every word while out on Safari. Hali is never tired of answering questions, and does so with passion and charisma. Guests rave about him and it’s easy to understand why. Hali has a wicked sense of humour, with one of his funniest experiences involving guests underneath a troop of panicked baboons. Hali had taken them out on their safari, and being from a foreign country they spoke very little English, creating a slight communication barrier. They had stopped under a tree not noticing the baboons above them when the troop became agitated at the fact that they could not descend from said tree. Those poor guests got some rather smelly souvenirs dropped onto their heads as they screamed to move and poor Hali had no idea what they needed until he saw what was happening.

The Sabi Sands has one of the densest wildlife populations, which makes for incredible game viewing. However, there needs to be a balance when it comes to human and animal encounters. Chitwa Chitwa and the Sabi Sands have some excellent policies when it comes to safe sighting etiquette and in order to ensure that both guest and wildlife are protected, there may not be more than 3 vehicles per sighting. Each vehicle may spend up to 15 minutes with the animal and then make way for the next group of guests. This ensures that the animal may not be surrounded or feel threatened by too much activity. 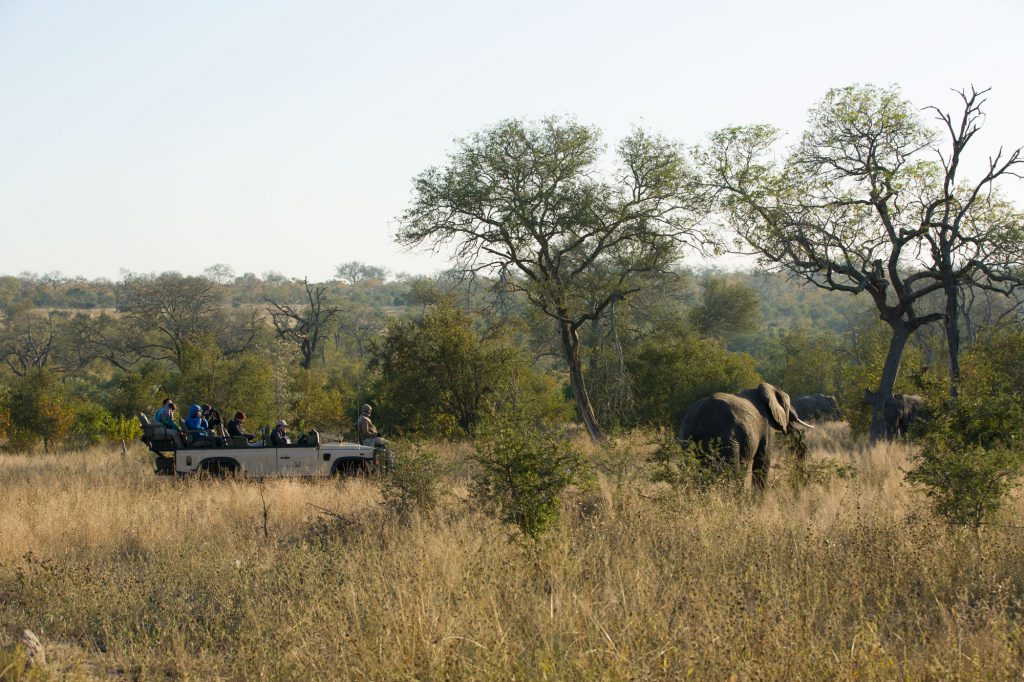 When it comes to seeing the younger members of the wildlife population, the number of vehicles is reduced to 2. Around sensitive areas, like a hyena den, only 1 vehicle is permitted. This ensures that the young are never frightened by the sight of humans, but at the same time habituating them to the safari activity, so that it ensures great sightings later on in life. In situations where there are larger numbers of animals, such as around elephant or buffalo herds, measures are taken to prevent anyone getting in the way of the herd’s path. Keeping the herd relaxed and calm, and giving guests the greatest photographic experience.

Small policies like this are what make the viewing experience that much greater and go hand in hand with all other conservation efforts.